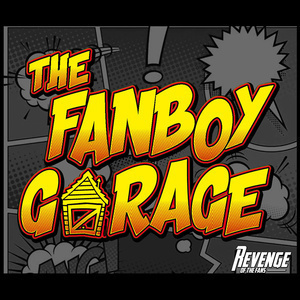 This week’s episode of The Fanboy Garage is Jur-asstically MASSIVE! During this two-part episode, we look back on Jurassic Park and the evolution of the franchise as a whole just in time for the release of Jurassic World: Fallen Kingdom.

But just when we thought we were done with a galaxy far, far away, we’re pulled back into the fray for a Star Wars Battle Royale with our first special guest, Rick Shew from Batman On Film. In this three-way deathmatch, Rick joins the podcast to pick a fight with Aaron and unpack his views on “Why the World Doesn’t Need An Obi-Wan Kenobi Solo Film.” Who will win?

Tune in to find out! Be sure to subscribe and listen to the latest episode where all great podcasts are found and don’t forget to join the conversation by tweeting us @TheFanboyGarage and Rick Shew @Shewrick.